Posted on March 27, 2014 by manchesterwheelers

Roger introduced a plethora of music to the MOD youths who danced to it at the Manchester SOUL Clubs. Blues was his first love, R&B, and Soul. He was an evangelist with a messianic approach to educating his audience to American, mostly, black music. Most people interested in the subject about and surrounding the roots of Northern Soul, The Twisted Wheel and its amazing eclectic DJ do not know that there were two Soul clubs in Manchester and both had Roger as the DJ: this other club was The Blue Note on Roby Street. At the Blue Note Roger was able to have a free hand and play the emerging kind of Soul that he loved like lots of Stax and slower sounding Soul that was becoming out of favour by the Dance music only scene growing at the Wheel All-Nighter. After he left the Blue Note club he founded his own The Staxx club on Fountain Street, before moving on to the Hippy Scene in 1968 at The Magic Village. These facts about Roger have gone completely missing even absent from his biography from his friend Bill Sykes.

Roger was responsible for driving interest in a wide range of music, mainly black American but also other types: for example Surf music was a must play genre at the wheel, and Blue Beat, SKA and embryonic Reggae and he followed through with these at the other clubs he worked at. His promotion of the Jamaican sound is another aspect that escapes later day biographers; so hopefully this article puts it right.

And the book The Manchester Wheelers tells lots of real-life stories about Roger. Argumentative and prickly; Roger hated to do requests unless the song you asked for was one he liked or one that intrigued him: I remember asking him for The Miracles “Dance To Keep From Crying” he smiled and put it on immediately then watched as we all practised a new dance to it on a week night when the club was empty in 1964. The type of music that Roger introduced at the Wheel was eclectic, here are just a few a examples:

The Miracles “I Gotta Dance To Keep From Crying“ 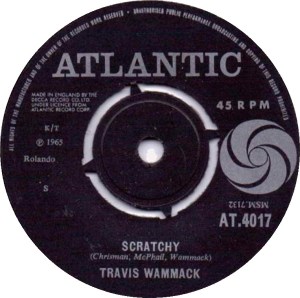 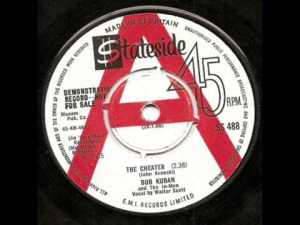 The Cheater – Bob Kuban And The In Crowd 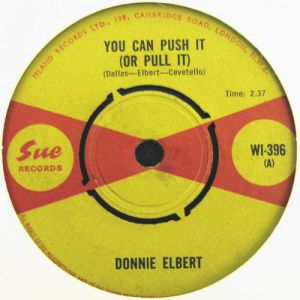 Push It Or Pull It – Donny Elbert

My Boyfriends Back  The Angels 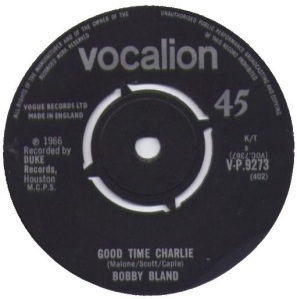 Surf Music was popular at the Wheel, here are a few I remember: 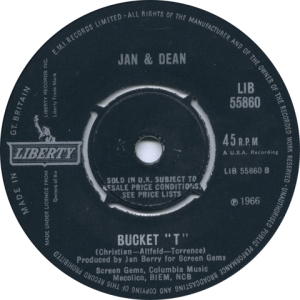 Surf and Dragster music was ‘hot’ at the Wheel in 64′ tracks like Surf City Jan & Dean and lots of Beach Boys too.

Roger played a wide range of music and here is one of the slowest record that I ever heard him play at the club, a rare import:

Mischievous, maybe; the Rolling Stones (BBC) banned ‘B’ side (1964) was played often, was Roger having a poke at the clubs clientèle?

It was Roger with a little help from his friends who also DJ’d at the Wheel (Roger Fairhurst ) introduced the Motown and Stax and Sue Records sound to Manchester. Roger had lots of arguments with the Abadi Brothers and thought he should be paid more than £3 a night, especially as he new all the music the clientèle came for, he had initiated it; that ‘educational’ music mix, he also knew which blues artists to book, as the owners were in his words were “clueless” and also tight with their cash. Eventually after threatening to leave on many occasions he finally did so, going to the Blue Note, just around the corner from the wheel for a fiver a night.  This caused big problems at the Wheel because they had a minuscule record collection and Roger’s huge and popular 45’s went with him to his new DJ location. And at the Blue Note: “Knock On Wood” Eddie Floyd “Grab This Thing” – The Mar-Keys “Marching Off To War”  William Bell.  And at the Staxx Club Mainly concentrating on Stax but by this period also heavily mixed with Ska and Blue beat: one I especially remember was “Prince Of Peace”  Prince Buster.

soul man
View all posts by manchesterwheelers →
This entry was posted in Uncategorized. Bookmark the permalink.